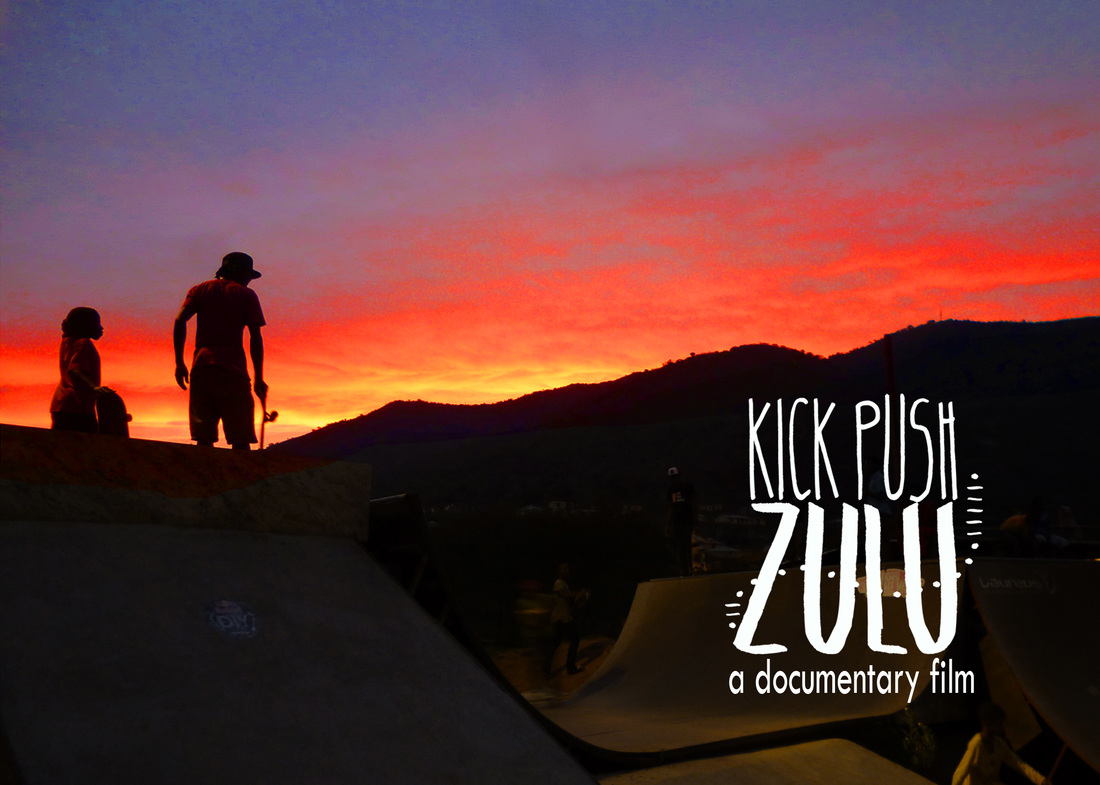 FOLLOW A GROUP OF YOUNG ZULU SKATEBOARDERS IN THEIR JOURNEY TO BEAT THE ODDS
AND COMPETE IN THEIR FIRST INTERNATIONAL SKATEBOARDING CHAMPIONSHIP.

Every pledge counts! Give these inspiring kids a voice and become a backer of KICK PUSH ZULU today!
“Sport has the power to change the world. It speaks to youth in a language they understand.
Sport can create hope where once there was only despair.”  -Nelson Mandela

"This is one of the last places you’d expect to see skating and skate culture,
and yet it’s thriving here in a very short time.”  -Tony Hawk

The striking natural beauty of the Valley of 1000 Hills offers a jarring contrast to the poverty afflicting its Zulu communities. For many of the local kids, skateboarding has become their lifeline, a refuge from the difficulties of everyday life. Each day after school, kids pour into Indigo’s clubhouse, grab a board and drop in, some staying long past dusk to hone their skills and land that one elusive trick. As these skaters have grown and matured, so have their skills in the sport—and they are now ready to launch themselves onto an international stage.

KICK PUSH ZULU is a documentary feature film that follows these young skaters as they prepare for the Kimberley Diamond Cup, South Africa’s preeminent international skateboarding competition. We witness the challenges of their daily life, the grueling practice sessions and—above it all—the spirit of the Zulu warrior inside each child as they fight to find their place in the ever-changing cultural landscape of South Africa in the 21st century.